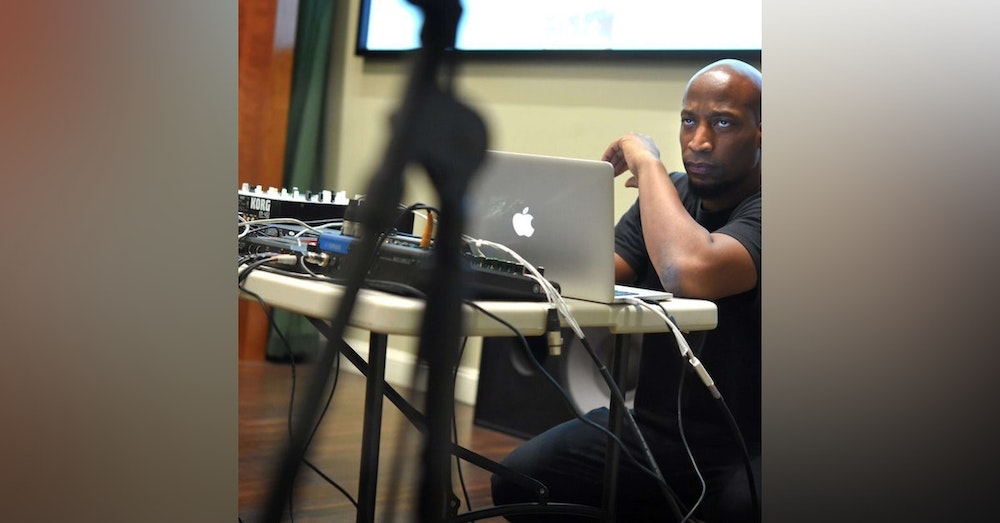 Wendel Patrick has been referred to as “David Foster Wallace reincarnated as a sound engineer” by Urbanite Magazine and as “wildly talented” by the Baltimore Sun. He has been referred to by XLR8R magazine as “a hip-hop producer that could easily make any fan of Squarepusher, Boards of Canada, or Madlib flip out.” The alter-ego of classical and jazz pianist Kevin Gift, Wendel Patrick has made a name for himself internationally as a music producer of remarkable vision, skill and talent. His five albums: Sound, Forthcoming, JDWP, Passage, and Travel were all produced without the use of sampling, with Patrick playing every note of every instrument. What is perhaps most astounding and perplexing to listeners is that there are actually no instruments…he crafts all of the instruments, and plays every note, electronically.

Equally at home performing on stage with his band, behind two turntables, beatboxing, improvising, or playing a Mozart Concerto on stage with orchestra, Wendel Patrick has toured Europe on several occasions and performed throughout the world with renowned spoken word artist and poet Ursula Rucker (The Roots, 4 Hero). In 2014, Wendel Patrick traveled to Australia as a guest lecturer, speaking about music production and entrepreneurship in the arts at The Australian Institute of Music in both Sydney and Melbourne. In 2011, Wendel Patrick co-founded the Baltimore Boom Bap Society, with Erik Spangler (DJ Dubble8) that performs monthly improvised hip hop shows with hand picked musicians and emcees. The group’s collaborative performance with the Baltimore Symphony Orchestra of Igor Stravinsky’s The Soldier’s Tale was recently named “Best Mesmerizing Performance of 2016” by Baltimore Magazine. Wendel Patrick’s music has also been heard across the country on NPR stations, most notably on Out of the Blocks, an award winning radio documentary program he co-produces with radio producer Aaron Henkin for  NPR affiliate WYPR that has been featured by the Third Coast International Audio Festival and Hearing Voices as well as on the BBC. Recent performances included a new collaboration between the Baltimore Symphony Orchestra and the Baltimore Boom Bap Society, on which Patrick’s orchestral compositions were performed. An avid photographer and videographer, his photography has been exhibited in several art galleries including the Baltimore Museum of Art and the Ralph Arnold Gallery in Chicago. Patrick shoots all of the accompanying documentary photography and videography for Out of the Blocks .

Wendel Patrick/Kevin Gift majored in both music and political science at Emory University and earned his M.M. in Piano Performance as a scholarship student at the Northwestern University School of Music in Evanston Illinois. Patrick is a winner of the 2015 Baker Artist Awards’ Mary Sawyers Baker grand prize and was a member of the faculty at Loyola University in Baltimore, Maryland from 2001 to 2013 teaching piano, introduction to music theory, music history and electronic music production. He has taught at the Maryland Institute College of Art and at Loyola University Chicago where he was Department of Fine and Performing Arts Guest Artist-in-Residence for 2019.

Wendel Patrick is currently a professor at The Peabody Music Conservatory - Johns Hopkins University where he teaches “Hip Hop Music Production: History and Practice”, the first course of its kind to be taught at a major traditional music conservatory anywhere in the United States. He has recently been named as the new host of the “Artworks” television program on Maryland Public Television/PBS.