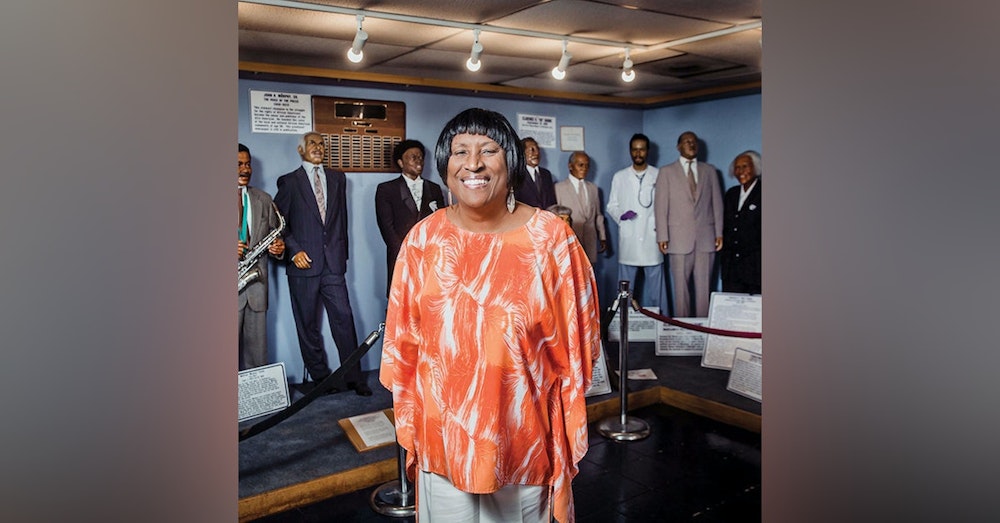 Welcome to Getting To The Truth In This Art. This episode's guest is the co-founder and president of The National Great Blacks In Wax Museum, Inc. Dr. Joanne Martin.

Joanne Martin is the co-founder and president of America’s first wax museum of African American history. The National Great Blacks In Wax Museum, Inc. is located in Baltimore, Maryland.  For the first time in the United States, more than 150 life-size and life-like black wax figures are assembled together in a permanent museum collection spanning more than 5,000 years of African American history.  Each wax figure, clad in its appropriate historical attire, is part of a scenic display depicting the struggles, achievements, and contributions of African peoples worldwide.  Among the scenes are ancient Africa, the Middle Passage, slavery, the Civil War, Reconstruction, the Harlem Renaissance, Civil Rights, and the present.  The personalities in wax are those whose talents and genius reflect the talents and genius of the African-American masses.

Dr. Martin and her husband, Dr. Elmer Martin, established the museum in 1983 to: stimulate an interest in African-American history; use great leaders as role models to motivate youth to achieve; dispel myths of racial inferiority; and work in conjunction with other nonprofit, charitable organizations seeking to improve the social and economic status of African-Americans.

The Museum has begun to carry out those objectives.  In 1980, the museum began as a traveling show, with just four historic characters and a van.  Dr. Martin and her husband took the wax figures to churches, schools and malls to see if enough interest was expressed for them to think seriously of building a museum.  That dream has become a reality.  Today more than 200,000 visitors visit the museum annually.

She and her husband, Dr. Elmer Martin, have co-authored many publications involving the black family, black women, and racial and cultural diversity. They include: The Black Extended Family, University of Chicago Press, 1978; The Helping Tradition in the Black Family and Community, National Association of Social Workers (NASW) Press, 1985; Social Work and the Black Experience, National Association of Social Workers Press, 1998; Spirituality and the Black Helping Tradition, NASW Press, 2003.They have traveled widely – visiting museums in Europe and Africa. Dr. Martin and her husband have received public acclaim as the founders of America’s First Black History Wax Museum, gaining media exposure from as far away as Europe and Africa.

In 2001, Dr. Elmer Martin died suddenly while on a research trip in Egypt.

Dr. Joanne Martin has since then led the institution in its successful efforts to:  obtain National designation by act of the U.S. Congress; acquire all of the properties in the 1600 block for Museum expansion; create the Museum as a tourism destination for the City of Baltimore.

Within the next four years, the Museum will open a new $60 million facility that will span an entire block of East Baltimore. The expansion and renovation project, being designed by Davis Brody Bond Aedas Architects, is the cornerstone of a vibrant revitalization initiative in the low income Oliver Community.
***