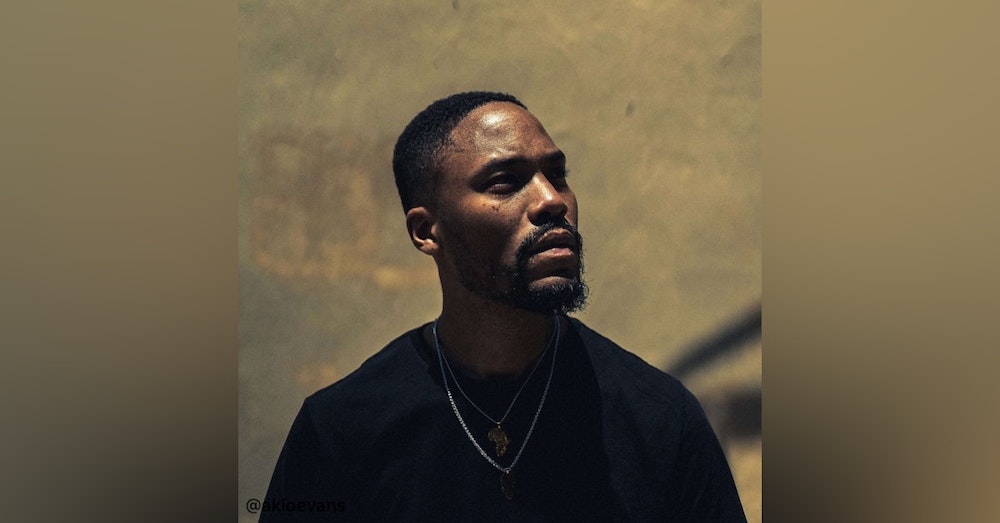 Akio Evans continues to define innovation personified in the creative and fashion space while inspiring his local community. The creativity Evans brings to his sneaker art has allowed the Baltimore native to reach new heights attracting the attention of m

Akio Evans continues to define innovation personified in the creative and fashion space while inspiring his local community. The creativity Evans brings to his sneaker art has allowed the Baltimore native to reach new heights attracting the attention of major celebrities, and production companies. Evans has captivated social media audiences, entertainers and influences while maintaining his connection to his community teaching art and video production to students in the City of Baltimore public schools.

Akio grew up in East Baltimore in a single parent home. As a child, he was fascinated with television shows and movies that we may have all shared love for in the 90's His love for these shows and movies inspired him to start creating art and designs on shirts, hats, and shoes. At 17 Akio taught himself how to put art on clothing. It started off as a simple hot glue gun and sewing routine, but as time progressed, so did his skill set and now he specializes in selling clothing. Akio also got his start in documentary filmmaking by documenting his friends in high-school. Always wanting a camera when he finally got his hands on one he hardly ever put it down and he took it everywhere ready to record at any moment even filming his own high school graduation. After high school Akio took to the west coast for 4 years and he sold his handmade clothing and co-owned a store in Spokane WA all the while documenting his entire journey which he released a street DVD titled Real Recognize Real Ent Vol 1 in 2006.

When he returned back to Baltimore from the west coast he started to explore teaching himself learning more about filming and video editing. Akio was then introduced to the program Safe Streets East in 2007. During his time with Safe Streets, he volunteered filming marches and social events for the organization while also working on his solo projects and servicing the community making music videos for local artists. In 2013, Akio was the recipient of two awards: A City citation from Former Baltimore Mayor Stephanie Rawlings Blake for his filmmaking contribution to Baltimore Public Schools; Akio was awarded a certificate of achievement from the Baltimore City Youth Commission for his contributions and services to the youth at Gilmor Elementary. Akio was recipient of the Joe Mann's Black Wall Street Award for his contribution to Baltimore's inner-city and personal entrepreneurial achievements.

Years later after taking a hiatus from fashion design, until a conversation with his friend in November 2014, The Wire actor, Felicia Pearson (Snoop) egged him on to start making custom shoes again. Akio agreed and made a pair for Felicia and they both shared on social media displaying all the images of Akio's finished artwork that later grabbed the attention of many including celebrities.

Akio first debut documentary film, Grace After Midnight Pain, the story of the life and times of 'The Wire' actress Felicia 'Snoop' Pearson, which he directed and produced alongside Felicia Snoop Pearson and Michael K. Williams. The documentary film was screened in Harlem in 2014 and was submitted to Sundance in 2015.

Today, Akio's commissioned sneaker art has been collected by friend and comedian Donnell Rawlings, Dave Chappelle, Dr Dre, Nick Cannon, Kevin Hart, Havoc of Mobb Deep, Tyronn Lue, Allen Iverson, and along with his collaboration with friend Felicia Pearson for Ewing Athletics and Derec Dunn of Atlantic Records. In April 2019, Evans received an Official Citation from the Maryland General Assembly for his outstanding contributions, dedication and overall progression of the Baltimore City youth.

To find more amazing stories from the artist and entrepreneurial scenes in & around Baltimore, check out my episode directory.

Mentioned in this episode: